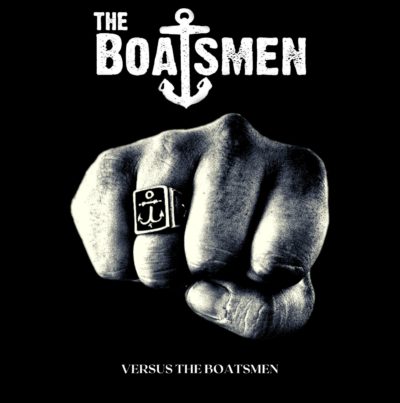 Woah! I wasn’t expecting that.

When the needle dropped and you get that initial feeling as you sit back and relax,  It was less than 20 seconds in and I was gripping the armrests and holding on for dear life as ‘Action Delivery’ handed me my ears ringing on a platter of feedback, wah! and a thunderous rhythm all wrapped in a majestic pop tune with melody and hooks galore.

I had no time to recover because ‘Friday Night Forever’ sent me over the edge.  Punky as fuck but in a HArd rockin’ sort of way, these jolly seamen don’t hold anything back in reserve and you get a shot right across the bow as the volume is relentless and the energy captured in these grooves is infectious, exciting and exactly what the noise doctors ordered.  Never mind ingesting bats full of mutating viruses this is my poison of choice and consumed in large quantities is most advisable to help get you through all the real life tribulations.

‘Blame It On Me’ is awesome, like the Hives jamming on some Turbo with an unhealthy amount of punk rock blaring through your ears. It’s like a violent headwind that’s out of control.  Then to serve up a steady dose of DC with added woo hoos! sees ‘The Thirst Song’ boogie and swing like a good un – they must know they’ve written a corker here and it must have been hard to record through such a ten-mile wide grin across their faces. I’m delighted they’ve still got a thirst and raise a glass in celebration of such an exciting record.

The Boatsmen have hinted at greatness but narrowly avoided it in the past or held back for one reason or another but now is their moment to shine and like a blazing sun they are right on the button. ‘Saved By Rock’ be fucked, they’ve picked up the flag and are carrying it to the top of the mountain triumphant in the knowledge that the Boatsmen are serving up a one-stop Rockin treat and covering all bases of loud in your face good time rock and roll that is this album.

It’s relentless in its quality and tune after tune it’s a twist and turn to emphasise how damn good these songs are. Just don’t get me started on ‘Even The Good Times Were Bad’ it’s like bottled lightning and ‘I Don’t Wanna Lose This Time’ is more restrained in comparison but then they up the ante again with the drinking song ‘When I’m Drunk’.

Put the beer down you might spill it as ‘Big Waves’ roll around and it’s a chance for us all to raise another glass and sing along. We get our groove on for ‘Clap Canon’ and some cock-rock and roll with a little tip to the 70’s glam stomp of a T Rex and Sweet. I hope you caught your breath as ‘Take Your Money’ is rapid and like a runaway train speeding toward the buffers without a care in the world.

It’s not all hard Rockin and Rollin and party party party.  ‘Better Man’ is a laid back brooding, grinding song that paints a darker atmosphere but no lesser quality, that’s a given and the harmonica is an awesome addition to the texture of the record. The temptation to throw in as many puns or going overboard, seamen and piraty themes is difficult but let’s let the music do the talking because, trust me here me hearties, these tunes are superb as is the whole albums feel, attitude and playing.  The Boatsmen ‘Versus The Boatsmen’ is going to be one of the albums of the year no question about it. so hoist the sails and get out there and purchase a copy because I wouldn’t want you to miss out – land ahoy! me hearties Boatsmen ahead.