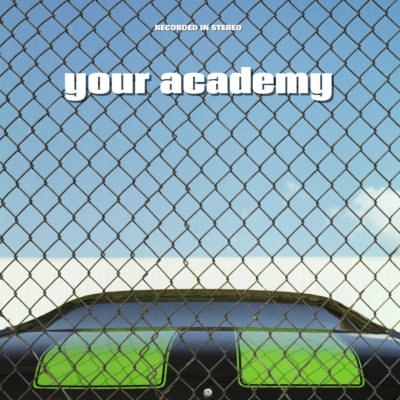 When semi-legendary Memphis power pop band crash into june acrimoniously split in 2005, founding member and bass player Johnny Norris clinged to hope that the band would one day regroup to make one more great album to complement its critically acclaimed releases from blind to blue (1999) and Another Vivid Scene (2002). While reunion shows in 2013 and 2016 sparked hope, a group commitment to record again never materialized. And, when Norris’s efforts to reform the band in August 2019 to celebrate his birthday were rebuffed by the latest incarnation of the group, it appeared that all hope of another CIJ-related recording was extinguished.

Enter guitarist Chris Gafford and drummer Dan Shumake, both of whom appeared on CIJ’s debut release, from blind to blue. Since leaving crash into june, Gafford and Shumake remained active in the Memphis music scene and had joined Stephen Burns’ most recent reincarnation of The Scruffs. When approached, the two eagerly signed on to join Norris for an August 2019 performance of crash into june songs and other power pop classics. But, the question remained: who would sing?

Born and raised in Memphis, Tennessee, Brandon McGovern cut his teeth on the soul and blues sound of his city. With a love for The Beatles and 60’s garage bands, he spent his early years playing in various bands, including Madison Treehouse, which played many shows with crash into june throughout the 90’s on Memphis’s famed Highland Strip. His 2002 debut release Pala-Dora was deemed a «folk-fueled gem» by The Memphis Commercial Appeal, comparing «his song-style to that of Jeff Tweedy contemporarily and Jerry Rafferty retrospectively.» A move to Tulsa, Oklahoma led him to forming and touring with his band The Scrappers while also backing the legendary Dwight Twilley on guitar. McGovern released 3 other LP’s following his return to Memphis; Bowling Alleys, BBQ Joints & Billiard Halls, Pet Food, and Signal Heights. Norris always had a fondness for Brandon’s smooth tenor voice, talent on the guitar, and gentle soul, so he called him up out of the blue to invite him to participate in the August 2019 show and received an immediate, “hell, yes!”

The Norris birthday show was a rousing success and talk of subsequent shows turned immediately to talk of songwriting and recording. McGovern and Norris spent the next several months exchanging lyrical and musical ideas (most via text!), and, by the spring of 2020, the pair had no fewer than 30 songs ready for the band to flesh out and record.

Enter Adam Hill. Hill is affectionately known in power pop circles as “The Big Star Archivist” having assisted Ardent Studios founder, the late John Fry, with locating, transferring and mixing long lost Big Star and Chris Bell tracks for inclusion on box sets released in the early 2000’s. Adam also plays guitar in The Scruffs and is an accomplished recording engineer having worked with Jack White, Cat Power, Klaus Voorman, Low Cut Connie, and, of course, Big Star. Adam signed on to play lead guitar in and record Your Academy.

Under Hill’s tutelage, Your Academy has recorded what truly is the resurrection of Memphis power pop.

The band’s self-titled debut album begins with the raucous rocker “Why Don’t We?,” a cautionary tale about a troubled relationship in which self-help is fraught with peril. Then comes the first single “Heaven Knows,” in which the band references a number of rock luminaries, including Chris Bell, Drivin’ n Cryin’, Guided by Voices, Built to Spill, and, of course, Elvis while chronicling the protagonist’s battle with his inner demons. The beautiful “Sunrise,” an aural painting of hopefulness, is followed by “Better Alone Together,” a song about the tumultuous relationship between Alex Chilton and Lesa Aldridge during the recording of Big Star’s Third which was inspired by Lesa’s quote about their relationship in Rich Tupica’s book, There Was A Light: The Cosmic History of Chris Bell and the Rise of Big Star: “We did better alone together.” Side A’s finale, “Starlight,” celebrates that, even in our darkest moments, most of us have that one person upon whom we can rely to “right the ship.”

Side B is bookended by “Better Nature,” a driving rocker about the search for good and decency within ourselves, and “My Lonely Life,” a ballad of intense self-examination following a break up. In between are songs that are unabashedly Memphis. “Talent Party,” which features bass by John Lightman (Big Star) and keys from Rick Steff (Lucero), is quite simply an homage to Memphis garage bands of the 1960s inspired by Ron Hall’s book, Playing for a Piece of the Door: A History of Garage & Frat Bands in Memphis, 1960-1975. Next comes “Bluff City,” which chronicles Memphis, Tennessee’s notorious inferiority complex throughout the years until its recent renaissance. Finally, there’s “Our Love Matters (TCB),” a search for love and humor during a pandemic which asks the timeless question, “What would Elvis do?”

Yes. Memphis power pop is back, and it’s brought to you by Your Academy.

All songs McGovern-Norris © and ℗ 2021 Your Academy Music (BMI)